In the greater music landscape, a rapper can be like a public official, elected to represent a neighborhood, a city or even an entire state. A king though, is someone who represents the best interests of the people by way of birthright alone. A rapper may do his best to stay in the good graces of his supporters, but a king rules because he must. Chicago’s King L is no exception.

Over the past year King L has emerged as one of the most important voices in Chicago rap. The world heard Kanye West shout him out on the remix to Chief Keef’s “I Don’t Like,” but the city has long known what Kanye put to music. “King Louie, this is Chi right?” Kanye asks rhetorically toward the end of his verse. King L is Chicago.

Coming up in the city’s notorious South Side, King L (once known as King Louie) made his name within the city’s “drill” scene, recognized immediately as one of its foremost lyricists. Despite a prenatural talent for rap though, blowing up for King L was mostly a pipe dream.

“I never was really trynna be no rapper, I always just liked to rap,” he says. “I was addicted to my own voice. I was hustling I was looking at it like I’m gonna be hustling for the rest of my life. And the shit I was talking about was the shit I was doing.”

It was the way he talked about what he was doing, through a series of mixtapes, each more polished than the last, which gave wings to his potential. His willingness to experiment with his flow and delivery and ability to pull off vastly different rap styles put him head and shoulders above his peers. “I ain’t trying to sound arrogant but I never seen it like a competition,” King L says. “I always felt like I was the best and by me believing that, the people was believing it.”

Today in particular, Chicago is a city where people could use something to believe in. Beset by an epidemic of youth violence, it’s a place whose rich mix of culture and musical history has been overtaken by a wave of tragedy.

“It’s rough out here, but that’s anywhere though” King L says, ever loyal to his city. “I went through my own shit, I done had my problems, my obstacles in life, but everybody has obstacles. I almost lost my life in Chicago, but it’s just like anywhere.”

King L’s music, in fact, goes much further than the harsh realities of the streets he escaped. His latest single, “Val Venis,” named for the lovably narcissistic WWE wrestler, is a showcase of lyrical dexterity, King L rattling off intricate couplets they way someone might tell you what they did with their weekend early one Monday morning. He’s even gone so far as to create a dance for the song, sexy only in its ridiculousness, especially when paired with L’s million dollar smile.

Currently putting together music for his Epic debut, King L splits his time between the city he owns and the country just beginning to embrace him. Though he’s already got multiple albums worth of unreleased music, he continues to stock pile songs in the interest of delivering the best possible product to fans new and old. “I’m still getting better, learning new shit, bettering my craft as we go,” he says. “That’s every day.“ 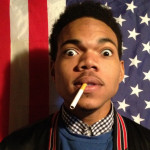