Tyree Pittman, better known by his stage name Young Chop or Young Chop On Da Beat, is an American record producer and entrepreneur from Chicago, Illinois. In 2012, he gained widespread recognition within the American hip hop community for producing Chief Keef‘s hits “I Don’t Like“, “Love Sosa” and “3Hunna”. He released his first studio album Precious in 2013, established his own label called Chop Squad Records, and released Still the following year.

On September 25, 2015, with fellow rapper King 100 James, Chop released his album Fat Gang or No Gang, which would be the debut album of him and James’ duo known as “Fat Gang.” Chop also confirmed he would be making a sequel mixtape to Chief Keef’s debut album Finally Rich, which would be released on his twenty-second birthday, November 14, 2015.

Pittman grew up in the South Side of Chicago, Illinois. Pittman started making beats when he was 11 years old with the help of his cousin.  He was childhood friends with noted Chicago artist Chief Keef and went on to produce many of his songs.[7] Chop is part of a production team collective called BandKamp which also includes producer and CEO BandKamp, Paris Beuller and intern WaldooBeatz, Chief Keef’s Back From The Dead was officially the first album he produced. Chop recently started his own independent label called Chop Squad.  He has also started a website called SoundKitWiz.com, an online retail music production website where producers and engineers can purchase audio engineering and music production related products.

Young Chop – All I Got 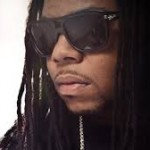 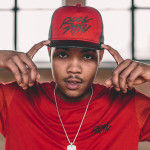